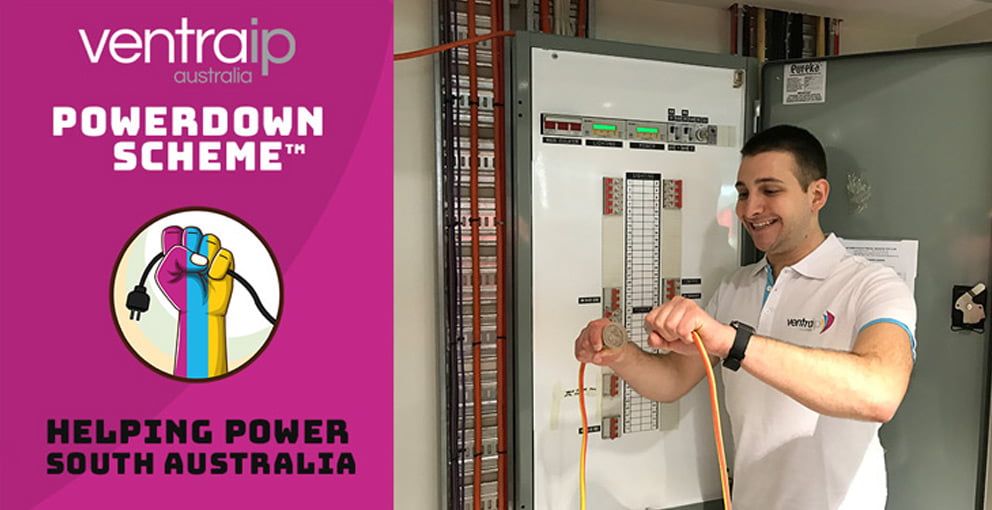 VentraIP Australia, the largest independent domain name registrar in Australia, has today announced their scheme which will see an end to the ongoing power issues that have plagued South Australia for years.

VentraIP Australia Chief Executive Officer, Angelo Giuffrida, said the plan will offer enough electricity to keep all of South Australia online for up to 10 years.

“We’ve done the math and have discovered that by simply shutting down our servers from 10pm until 6am every day for the next 12 months, we’ll have donated enough electricity to power all of South Australia for the coming decade!”

“The PowerDown™ campaign is an opportunity for VentraIP Australia to once again lend a hand to the local community and help those who really need it. We’re aiming to transport a whopping total of 1.0417 gigawatts from our Sydney and Melbourne NextDC data centres direct to SA. That’s a whole lot of power!”

Mr. Giuffrida said that with the final stage of the project complete, he is confident that the PowerDown™ scheme will be a great success.

“The completion of the Ventrasaurusmobile was the final stepping stone in getting the PowerDown™ campaign online. Our first shutdown event will begin at 10:59pm this Saturday. We can’t wait!”