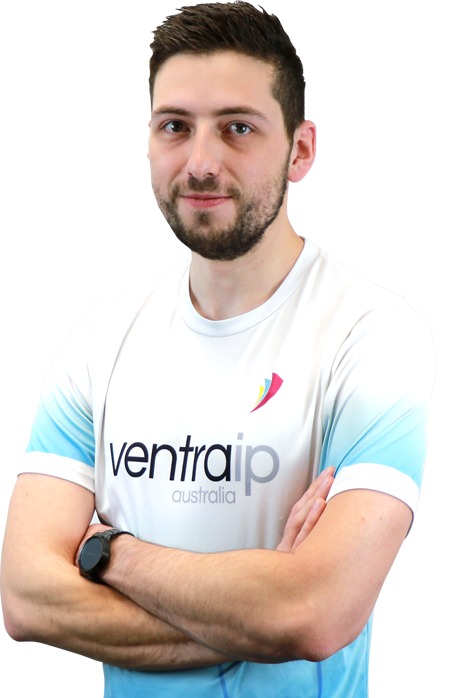 Can go without showing emotion for 8+ hours

Often mistaken for a veteran tradie

My job mostly involves managing the Technical Operations team, we deal with escalations from our Technical Support team, as well as managing all of our infrastructure, including the network, and all of our hosting servers.

I started working here in 2013 in Technical Support, moved on to Technical Operations, and then to CTO.

If you could morph into any animal, what would it be and why?

I would be a dog, if I had to pick a specific breed, a German Shepherd. I have one, and they’re easily my favourite breed. They’re easy to train, very protective, and have an overall nice nature.

Las Vegas. I love America, and Las Vegas has so much to do, I wouldn’t get bored. Eventually I might get lung cancer from walking through all the casino’s with people smoking in them.

What is the most exciting thing you’ve ever done?

I’ve been skydiving a few times, including in Las Vegas, and that’s definitely the most exciting, I would say. I’ve also done a “Light Aircraft Introductory Training Flight”, where I held the controls of a light aircraft (Cessna) for around 10 minutes over Melbourne. Considering how much I love planes, that was definitely exciting for me as well.

Have you ever met anyone famous, if so who was it and where?

At VentraIP Australia’s 10th Birthday party we had Rebecca Black. I’m a pretty huge fan of her hit song “Friday”, so I got to drive her from the office, to the party (about 1 minute away), but it was still awesome meeting her.

The coffee machine. Having one of the kitchen staff bring a barista-made coffee to your desk is probably the highlight of my day. I usually go through 2-3 a day, and I’m not looking forward to the day I may have to buy coffees again.