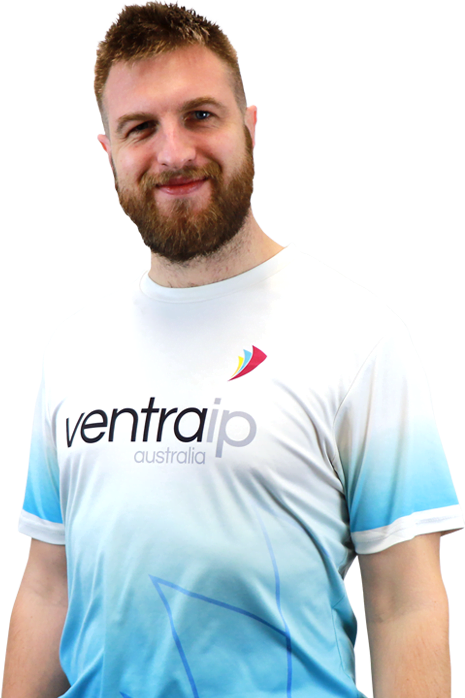 Can contort into weird poses

Able to swim the length of a pool completely underwater

Describe your role at VentraIP Australia?

My main role is as a UX designer. Basically, I’m the go-to man when it comes to improving the experience of our customers. I am the advocate for our customers and responsible for making sure that all of the tools and software they deal with are user-friendly.

What did you want to be when you grew up?

I always did and somewhat still want to be a ship captain. At one stage I was actually working as a deckhand while studying at University, I enjoyed it so much that I nearly applied for the navy. At the same time, technology and the internet was an equally important passion and that’s the one I decided to stick with.

How long have you been working at VentraIP Australia?

I have been working at VentraIP Australia for close to three years now. Originally, I moved over from New Zealand and saw the job being advertised. I ended up doing a bit of research and the place looked really inviting so I decided to bite the bullet and submit an application, it has been smooth sailing ever since.

You are the only human left on Earth, what’s the first thing you do?

The first place I would go would be the Ferrari dealership. I would take a car and head straight for the M1 where I could put my foot to the floor. As long as it has the Ferrari badge on it, i’ll take it.

My favourite part is the gym area which is super convenient. Having such a space always gives me a chance to get in a quick workout either before or after my shift. I am a big fan of cardio, so the old treadmill is probably what I spend the most time on.