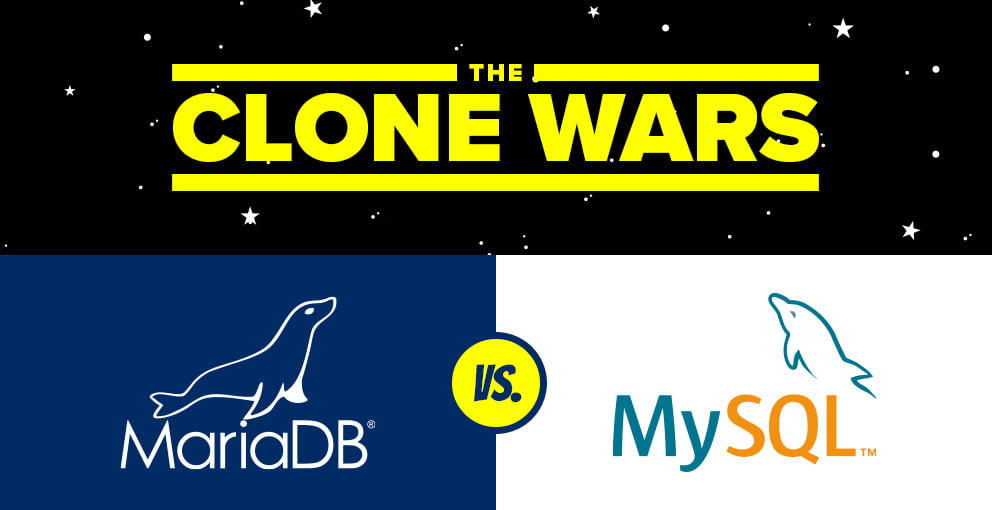 The Clone Wars: MariaDB vs MySQL

Many of the world’s largest web-based services including Google, Wikipedia, Debian, and Mozilla have recently switched from MySQL to MariaDB. Today I’ll talk about some of the reasons why we made the decision to ditch MySQL when building Australia’s fastest Web Hosting.

“A Long Time Ago In A Galaxy Far, Far Away…”

MySQL was created by a company known as MySQL AB, with the first iteration being released in 1995. Shortly after the purchase of MySQL AB by Sun Microsystems in 2008, a technology corporation known as Oracle was controversially given approval by the European Commission to subsequently acquire Sun Microsystems.

Due to the general distrust of Oracle Corporation, many developers who worked on MySQL came together to create a forked project known as MariaDB, which was designed with the goal of offering users a completely open source lightweight drop-in replacement of MySQL.

The community-developed project was officially released to the public in 2009 and has been gaining popularity ever since.

Due to the open source nature of the project, MariaDB has historically proven that they have the means to implement a faster and more reliable response to any reported security flaws or bugs when compared to MySQL. This allows us to implement the latest fixes to any known security issues in a faster manner, helping to ensure that your website and data are secure at all times.

A testament to the superior security of the open source project is when Google provided MariaDB with the encryption technology they had created for their own use in 2015, upgrading the security of the project and allowing resources to be spent improving other areas of the system.

For the past two years we have offered our Business Web Hosting customers the opportunity to migrate their website to a server running MariaDB as a means to improve the performance of their online services.

By comparing the performance of existing customer websites on our legacy MySQL against that of the MariaDB servers, we noted an improvement in website response time and database queries per second by up to 30%. This data was particularly true for customers who experienced a high level of traffic and who were using Magento or WordPress as their website’s CMS software.

Our decision to move away from MySQL and over to MariaDB is largely the result of years of in-house research, aimed at providing our customers with the fastest and most robust web hosting platform in Australia.

Over the past two years we have experienced more reliable security updates, a wider range of features, and a noticeable improvement in the performance of customer websites while using MariaDB. It is because of these reasons and more that we recently made the decision to move away from MySQL and over to MariaDB when building Australia’s fastest Web Hosting.