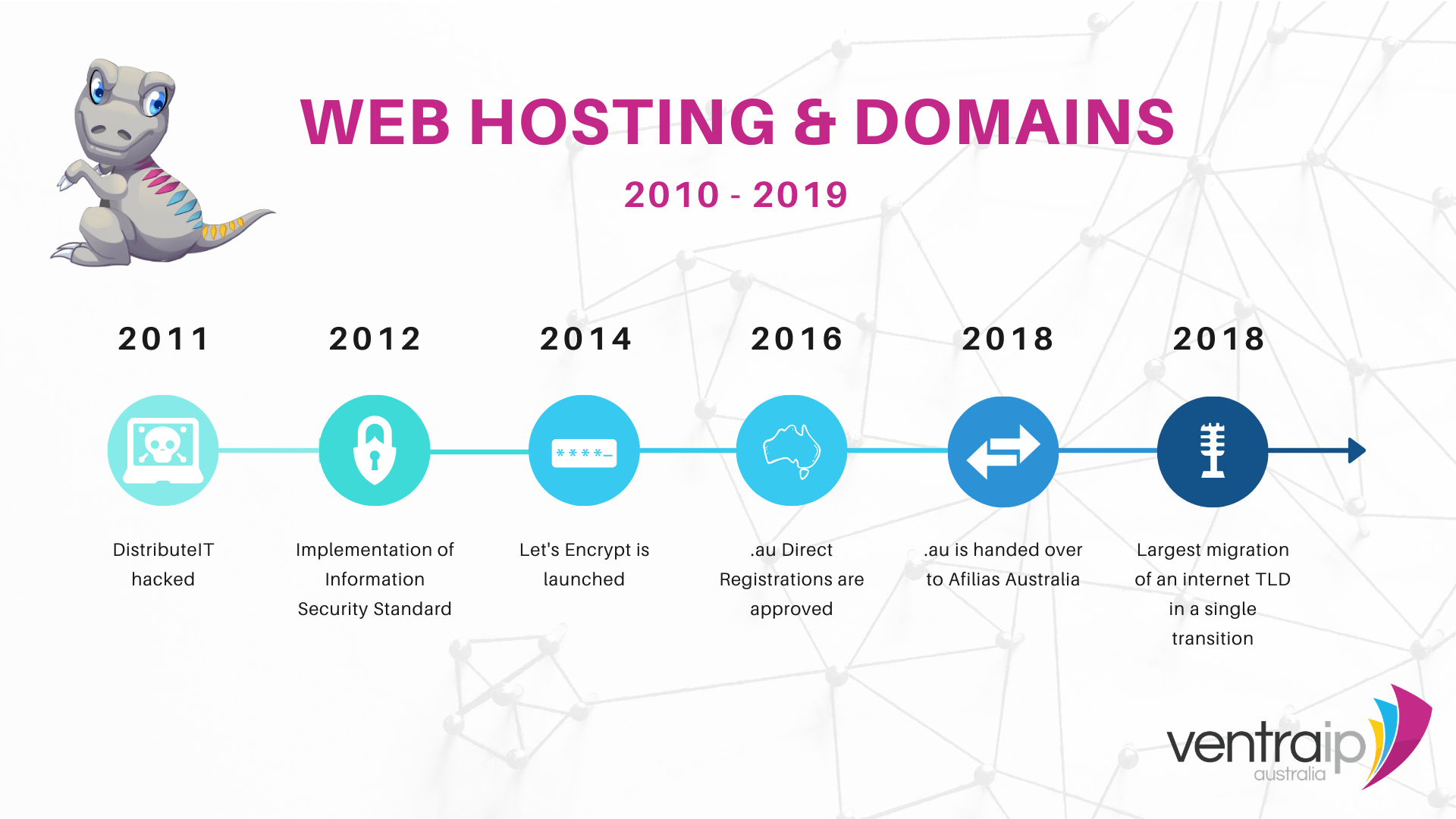 A decade in the Web Hosting & Domains industry

It’s been a big decade in the web hosting and domain industry. Technology changes in a heartbeat, and we’ve seen it all in the last ten years!

Do you remember some of these?

2020 will herald the beginning of a new decade, and a new era of web hosting and domain names.